I could think of a list of words to describe Summer Camp 2021, hot, uncertain, magical, amazing, transformational… the list could go on for pages but if only one word could be chosen, it would be refreshing. That’s probably not the first word you would use to describe SCamp20 after being completely absorbed by the dust, sun, and sweat for four days, but this year was truly like no other. On the brink of work burnout, Summer Camp was needed to bring me back to my highest self and my truth. I now feel completely revived as the weekend brought me back to my roots in live music after a year off due to COVID. This was what we had all been waiting for, only this year would be different and much more immersive adding to the Summer Camp magic. 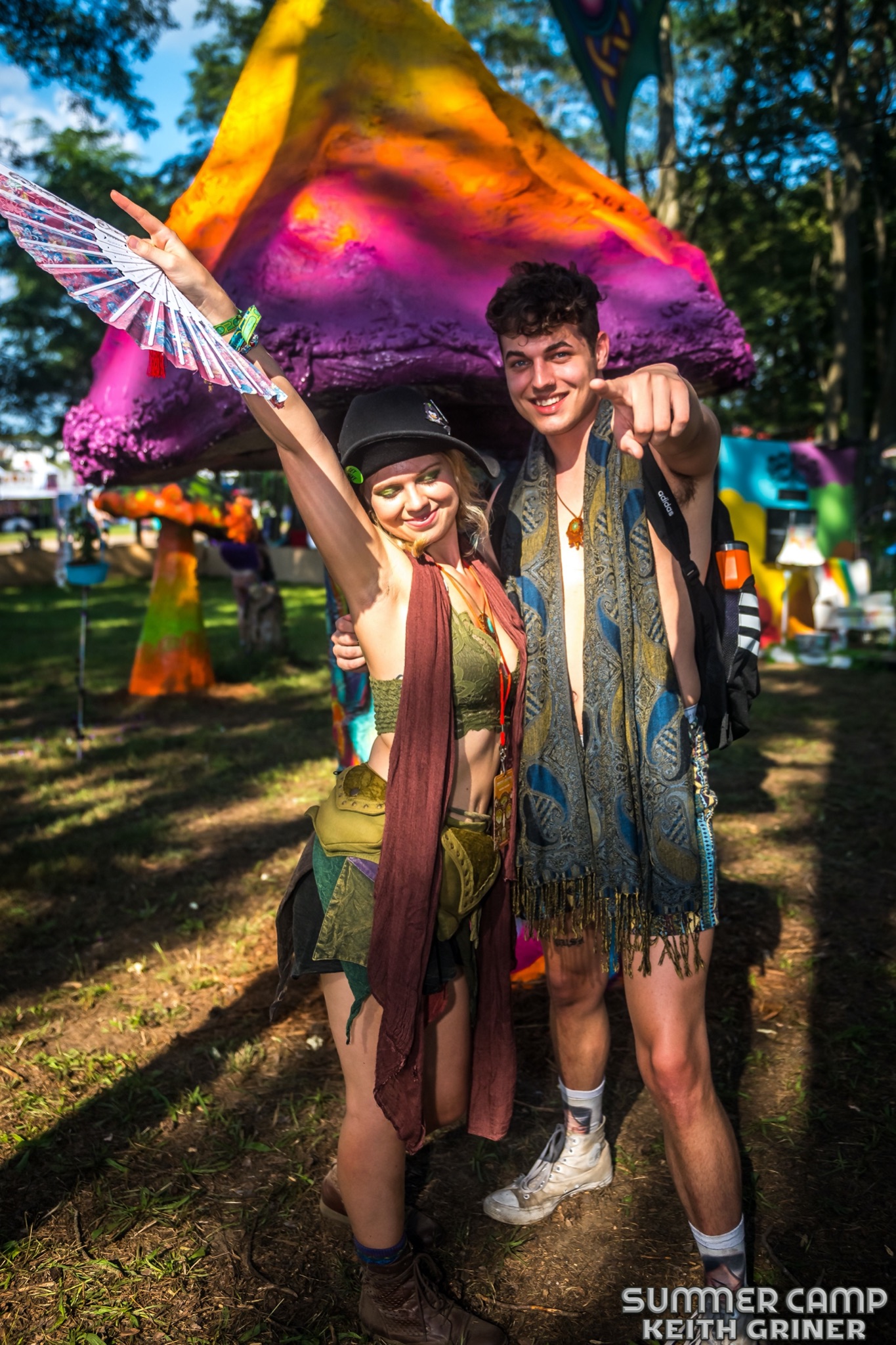 The Camp Counselor program had been on my radar after my second Summer Camp when I watched several of the counselors promote the festival on social media, interview my favorite bands, and help new SCampers find their forever summer home. I remember thinking, that’s exactly what I want to do. As a career, forever. Spring 2021 was when I was finally ready to make my move and apply to the Camp Counselor program. I love everything about Summer Camp and the scene, so even the application process was a fun opportunity to write about my passion for Summer Camp and my favorite artists, I thought if this is even a glimpse of what writing for The Campfire Blog on the SCamp website was like, this is definitely my dream job. Soon after submitting my application, an invitation was sent to the second part of the interview process, I was on my way! This time I would be meeting with the counselors via Zoom. Many faces were immediately recognizable after years of watching them promote the festival and more recently from Virtual Summer Camp in May 2020. I thought “there’s the girl with the antlers, there’s the dude releasing the SCamp documentary!”. In a way, they were like local celebrities living my dream and I was one step closer to being a part of the family. Eventually, we were in talks about the final part of the application process which was the media project. I loved that it was totally open to creative interpretation, and allowed me to showcase my media and artistic abilities in any way as long as it promoted the festival. This project was going to be a taste of what I would hope to achieve as a Counselor, which was emphasizing the ‘SCamp Fam’ bond. Specifically how the festival couldn’t happen without all the moving parts that made it what it is: the artists, the volunteers, the employees, and the fans. Utilizing my graphic design and journalism abilities, SCamp Fam: A Look Into the Summer Camp Music Festival Family was created. This project was a mini-mag that featured interviews from various parts of the SCamp Fam from artists to volunteers. I had so much fun learning about everyone’s different experiences and illustrating them with my designs so this would be an excellent addition to Summer Camp so SCampers can stay intrigued year round. Although it may look different than a mini-mag, I knew as a Counselor I would yearn to continue to project through video interviews, photography, TikToks, and Campfire Blog entries. I wanted SCampers to experience the same wonderful community I do year after year. A month after publishing my project, my submission into the program was accepted. The tears were real, the excitement jitters overcame, and my dreams were coming true.

When August 18th FINALLY rolled around, the countdown was over and we were on our way to Summer Camp as Camp Counselors! Hearing about the famous Wednesday BBQ so many times from the Counselor team on their Virtual Summer Camp Q+A made me absolutely stoked, and now I was a part of it. And man did it deliver. Marketing Director Ian, CC Ashlee, and CC Derek were the first to greet me with big smiles and hugs and all my excited nerves quickly dissolved. I was home, with my people. Kevin smoked the tastiest pork and we had the best time getting to know each other and exploring the grounds before SCampers arrived the next morning. Summer Camp was here! My favorite part of the night was watching the Summer Camp Documentary by Camp Counselor Nick on the Kenny’s Stage with the GA folks camping out in line. This documentary had been on my radar since it’s announcement on Virtual SCamp, and we were getting a first look, Counselor perks were already in action. And surprisingly, I was in the movie, pre-Counselor thanks to some shots from Jay Blakesberg!

The next day, before the gates were open my first counselor task was already rolling as part of the SCamp Snapchat Counselor takeover. Filming and posting my experience to Snapchat allowed me to explore things I had never gotten around to like SOULPATCH and several new artists like Blueprint Metro in the Soulshine Tent and my first Steady Flow show! It was also the first time in the media pit for The Floozies, which was something I’ve always wanted to be a part of and a major perk of being a Counselor. So much great footage was developed that Thursday that allowed SCampers to see a day in the life of a CC, which hopefully encouraged others to join the program.

Friday was a big day for Counselors as we had our first meeting in the air conditioned church before heading over to Moonshine Stage to introduce moe. The moe. introduction had been on my radar since applying and it was such a fantastic opportunity watching the SCamp 20-Year Veteran and Camp Counselor, Derek get the crowd hype for moe.’s first set of the weekend. My absolute favorite moment of the day was only a few hours later for The Floozies’ Emo Hour in the VIP Tent. This was truly a moment you only find at Summer Camp. All the music that had gotten me into live music in my middle school days; blink-182, Yellowcard, Fall Out Boy, was being celebrated at a place where the current music I love now is performed. I felt like I had come full circle in the live music world. Screaming the lyrics to “Welcome to the Black Parade” by My Chemical Romance with a bunch of SCampers on the verge of a mosh pit was something we never imagined in our wildest dreams but never say never at Summer Camp, I even made a connection with Daniel Opperman of The Floozies team after the show – Counselor perks activated. All out of breath and drenched in sweat, I finally met up with my Chicago friends I see maybe once a year after the set – Summer Camp was in full swing and I was on cloud 9.

Saturday was the biggest music day for me as all of my favorites were playing and my festie squad was together again after a year hiatus. Twiddle, The Werks, Doom Flamingo, and Mihali were just a few of the artists I had been counting down the days to see and better sets could not have been played. There is nothing like connecting with music and watching thousands of SCampers at the Moonshine Stage dance to Twiddle. It really emphasized why I love music so much. For me, this was my 20th? Twiddle show, but for some it was their first and I was just so glad their first show was at Summer Camp. Perhaps the strangest, awesomest, craziest, hardest set of the weekend though was The Werks’ set at 2 AM. We were slumped over the rail out of exhaustion but we raged – hard – nonetheless.

You Oughta Know… About Dopapod

Sunday morning was… rough. Super exhausted with blisters all over my toes, but it was the last day of SCamp and nothing was going to bring us down. One of my favorite bands that recently came out of hiatus was playing two shows in one day. Dopapod had been on my music bucketlist for years and seeing them at SCamp was the perfect way to end the weekend. After finally saying our goodbyes to half of our festie friends before wobbling over to Starshine Stage to finally see Dopapod, we boogied to one of my favorite sets of the weekend which closed with Alanis Morisette’s “You Oughta Know”, but not soon after, Dopapod’s second set was in the VIP tent and little to my surprise it was an audience request set. I couldn’t have asked for anything better to end my weekend – seriously the instrumental jam version of Billie Eilish’s “Bad Guy” was freakin’ phenomenal. All SCampers were exhausted, but we ended our night with the biggest smile on our faces.

My first year as a Counselor was everything I had hoped for. My ambitions are high, but this was the best year to really soak in the festival and observe what I hope to achieve as a counselor in the future. The Counselor team is so talented, passionate, and loving and it was an honor watching them execute their different talents throughout the week. It’s so special that we are all connected through Summer Camp and the Counselor program, but each have our own adventures at the festival. Camp Counselor Kevin’s team rocked the Campfire Stage video pit while Camp Counselor Niki shined at the Glam Camp in front of Grassroots California’s tent. I could go on and on about what makes each Counselor so special, but I know my journey will be special in its own way. I seriously couldn’t ask for a better team to be a part of. Watching our program coordinator, Camp Counselor Robert and Marketing Director Ian navigate such a massive festival with so many moving parts really made me appreciate my position and the festival on a whole other level. They may not receive as much publicity as the artists, but they are the reason Summer Camp exists- and they’ve been so kind to welcome me to the squad.

Since pulling out of Three Sisters Park late Sunday night to return to reality, I’ve been extremely reflective. I get this way every year, but this time it was different. Knowing the Summer Camp magic would remain in my life far after the festival because of the Counselor team made the post-SCamp depression easier. I’ve been glued to the SCamp Facebook group to relive the weekend and connect with my SCamp family as a group moderator. Watching SCampers post about their weekend with testimonies, photos, and videos will never get old and thinking I maybe had something to do with it, brings me total joy. Bringing people together through music and art is all I have ever wanted to do in life because I know the euphoria it brings me. The Counselor program is helping me achieve my goals I never deemed possible, and I know this is just the beginning of an amazing journey. I can’t wait to see where Summer Camp takes me from here and all the opportunities it will provide me as an artist, writer, dancer, fan, and promoter. I love this community and am so grateful to be a part of it, forever. 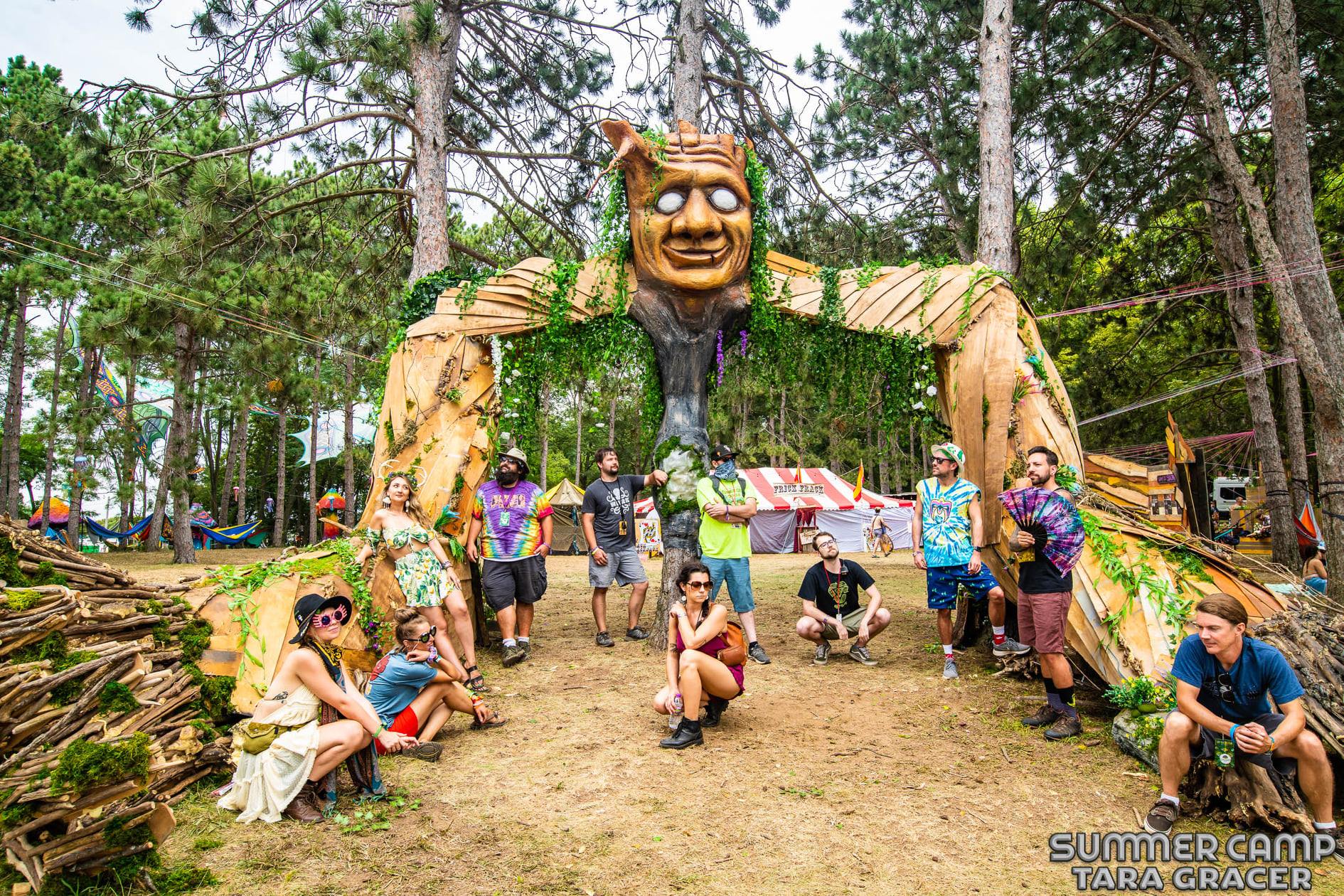